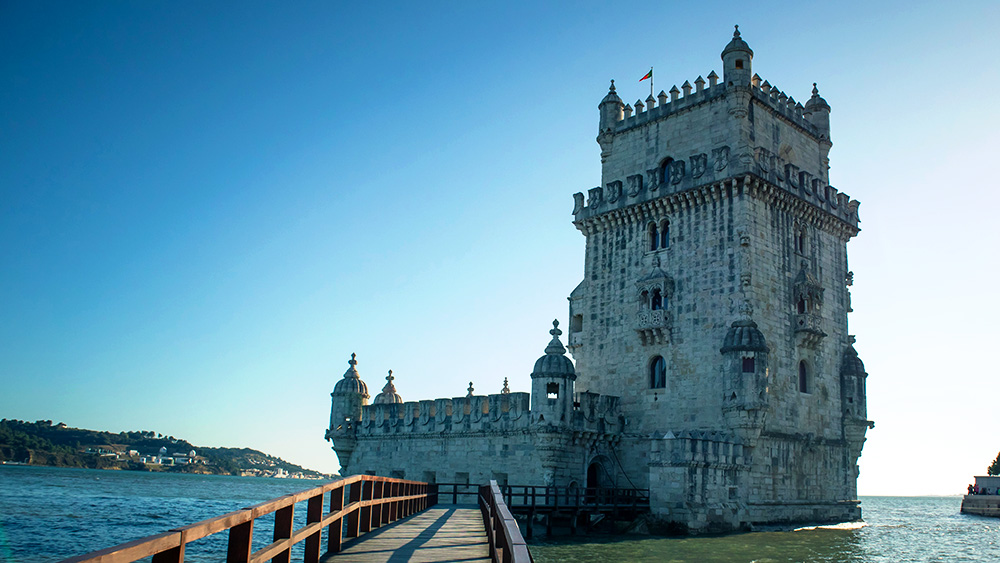 In March, members visited the Lisbon Story Centre, which is situated in Terreiro do Paço. This museum tells the history of Lisbon using artifacts, pictures, sound, films and photographs. Visitors walk around the exhibits using multilingual headphones. The first part concerns the mythical beginnings of Lisbon and then goes on to look at the different peoples who lived in the city – the Romans, Moors and Visigoths. The next part is about the voyageurs discovering new lands and establishing trade routes for the spices, gold, etc. that they discovered and how Lisbon became a big trading centre.

The city was devastated on All Saints Day (1 November) in 1755. These events are simulated in a small theater and visitors can experience, by sound and vision, the shaking ground, buildings collapsing with the earthquake, the fires, and the gigantic tsunami. The Marques do Pombal was the man responsible for the rebuilding of Lisbon, and in the museum we can see videos and plans showing the new streets, and designs of the earthquake-resistant building.

The Lisbon Story Centre shows the many things Terreiro do Paço has seen in its history – a Royal Palace, strange animals, a flying machine flown by a priest, political rallies and the assassinations of a king and crown prince. It was a very enjoyable visit and a good place to take your visitors.

In April members visited the São Carlos Opera Theater in Chiado. Maria, our guide, took us backstage which was a hive of industry with the scenery being lowered into place for the current opera production. We went on to look at the Royal Box and the Salão Nobre.

The original theater was destroyed in the earthquake of 1755 and this current theater was rebuilt in just six months! Everything was pre-built; for instance, the windows and the shaped stones were made in Sesimbra, and then brought to the site for assembly. It was named after princess Charlotte of Spain, who came to Portugal to marry prince John, who later became king. Inside all the decoration is still original except for the ceiling. The interior is Italianate and there are five tiers of boxes and seats. It is beautiful and has been likened to a mini La Scala. The Salão Nobre is used for small orchestral groups and promotions and has beautiful chandeliers, woven wall hangings and a gorgeous carpet.

We ended our tour by watching a rehearsal of part of the first act of Rigoletto. Some of us went to the dress rehearsal on the following Monday and it was brilliant!