13 Mar, 2021
On Friday 25th of September myself, my husband and four friends left for a weekend in the ‘Douro Valley’.  Our first stop was Caldas da Raine where we visited the Bordallo Pinheiro Museum famous for its unusual porcelain and ceramics we had a superb guided tour which enlightened us on the world of ceramics. Afterwards […] 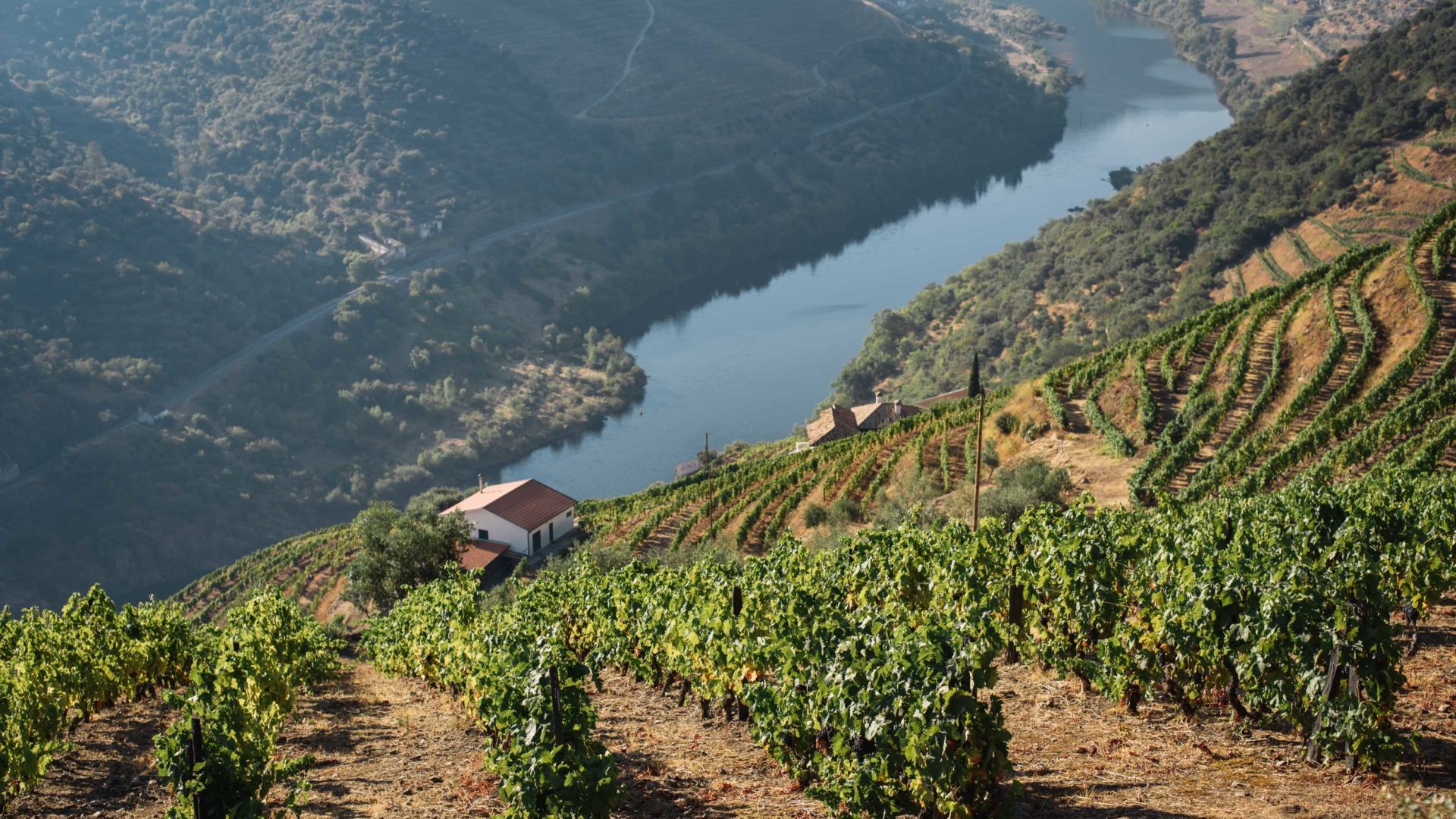 On Friday 25th of September myself, my husband and four friends left for a weekend in the ‘Douro Valley’.

Our first stop was Caldas da Raine where we visited the Bordallo Pinheiro Museum famous for its unusual porcelain and ceramics we had a superb guided tour which enlightened us on the world of ceramics. Afterwards we visited the gift shop and  the outlet store where we could purchase items made in the local factory.

We continued to the Douro valley arriving at our home for the evening hotel Quinta da Pacheca in the beautiful evening light, as we approached the hotel we saw that we were surrounded by vineyards, lorries were arriving back and forth filled with grapes delivering to he Quinta, the heavy aroma filled the air, we could see six man barefooted squashing the grapes in big stone basins. I had the urge to hop in myself to help with the wine making, this reminded me of a scene from Lucille Ball. (We looked up the scene on Youtube to laugh about it again even after all these years).

After checking in we had 30 minutes before the winetasting would start, we walked around the Quinta and saw that they had set up hotelrooms in giant winebarrels they looked fantastic! Later we found out that these were very expensive to stay in for he night.

I don’t like wine really but to be in the Douro Valley and to stay at a wine Quinta and not taste any wine: that’s not possible!  So I forced myself and tried everything, we tasted one rosé, two red wines and two Tawny ports, the Sommelier explained about the wines and the winemaking process wich was very interesting and of course we bought some to take home!

After the winetasting we went straight to dinner, we all ordered something different from the menu,  it seemed that each dish was even more beautiful than the other. We pushed the boat out and ordered a magnum of the best house wine, the food was delicious and we hadn’t even seen the  deserts which were fingerlicking good! If it was up to me, they would get a Michelinstar. I would like to mention that the view from the restaurant was breathtaking.

The next morning started in the same restaurant with a very rich fancy breakfast, we left the Quinta and travelled to Lamego which was only about 10 minutes away.   Lamego has a Cathedral called Sé which was not very special but according to history Dom Alfonso Henriques, the first King of Portugal was crowned here.

Across the lively square from the Cathedral are the stunning steps which lead to the magnificent church Noss Senhora dos Remiodios which was situated on the hill of Estevão.  We drove up by car  but we could have taken the 686 steps from the city to get there,  along the steps you can see little chapels, azulejos, fountains and statues,  we also visited the Archeological Museum and the Castle.  I highly recommend a visit to Lamego.

We had a tip to have lunch at Aneto which is one of the restaurants in an old reconstructed trainstation outside the city.  I too can highly recommend this restaurant; for every dish on the menu they have carefully selected one of their own wines that would go especially with that dish. We were all very satisfied with the choices of the food and accompanying wines.

From here we took the N222 along the Douro river to Pinhão. This road is 27 kilometers long and has 93 bends. Douro means “the golden river” and flows through the breathtaking green landscapes full of terraced fields with vineyards, fruit trees and olive groves. Between the sloping hills are little villages, cloisters and quinta’s with beautiful panoramic views. The area is on UNESCO’s world heritage list. Everybody that has been there can understand why.

Just before Pinhão is the Quinta do Seitxo. This provides, among others port to Sandeman. The Quinta itself was wonderful, situated on top of a hill surrounded by cypress trees; it reminded us of an Italian estate.

Here we joined the tour,  the guide wore a Sandeman cape and hat as he showed us around and told us about the process of growing the grapes to make wine and port and of course we ended up wine tasting.  First we studied the texture and the colour of the wine then we put our noses in the glasses and let the wine roll over our tongues before drinking it, now we think we are real connaiseurs!

Our next hotel, the Delfim, is located high on a hill with spectacular views from all the bedrooms of the river Douro and the slopes of the mountains. Here we could have stayed  for hours to enjoy the view but we were going to dinner.

The restaurant was quite basic in appearance but the food was delicious, the next morning at breakfast we saw how magnificant the views was from the hotel, what a great way to start the day.

At breakfast we decided not to go to Porto but to go to Coimbra, the city that hosts some of the oldest universities in Europe.  Coimbra on a Sunday in Covid 19 time was deserted and because of this one could see how run down some of the university buildings had become.  I can imagine that the city would be so much nicer when it is busy, shops open and students walking around everywhere. I hope that some day some investment would be brought into the city to restore these impressive buildings to there former glory.

After a nice lunch in Coimbra it was time to go home, we had a great weekend. I highly recomment the Douro valley for a visit especially in September when it is harvest time.